The International Young Physicists’ Tournament (IYPT) is a competition created in the USSR to foster scientific research and improved international communication in Physics. It is an annual team competition for high school physics students.

The IYPT is now a major international competition with competitions open to high school physics students in each of the competing nations. Countries currently represented at IYPT come from six continents and are:

Each country is represented by a national team consisting of five students. In the August prior to the competition seventeen complex problems are released for the team to theoretically and experimentally research. At the competition the teams present and defend the validity of their solutions against teams from other countries in “Physics Fights”. Juries consisting of respected physicists and physics teachers rate their reports and the discussion that those reports generate.

In March 2006, the first IYPT New Zealand Tournament was held to select the New Zealand team. This team was placed 6th in Slovakia gaining a bronze medal.

In 2007 New Zealand had its best performance to date when it placed 2nd, gaining a silver medal in Korea.

In Croatia in 2008 New Zealand again reached the final and won silver medals. We are the only country to reach both finals in 2007 and 2008.

Again in 2009 the New Zealand team won silver medals in TianJin, China, making us the only country to achieve silver in each of the last three years. In 2010, the New Zealand team achieved an oustanding 3rd place in the world finals in Vienna, Austria. In 2012 in Bad Saulgau, Germany, the New Zealand team walked away with a Bronze medal. In 2014 in Shewsbury, England, the New Zealand team again won a Silver medal. Members of the 2015 New Zealand IYPT team gained 10th in the world competition in Thailand, receiving a bronze medal. 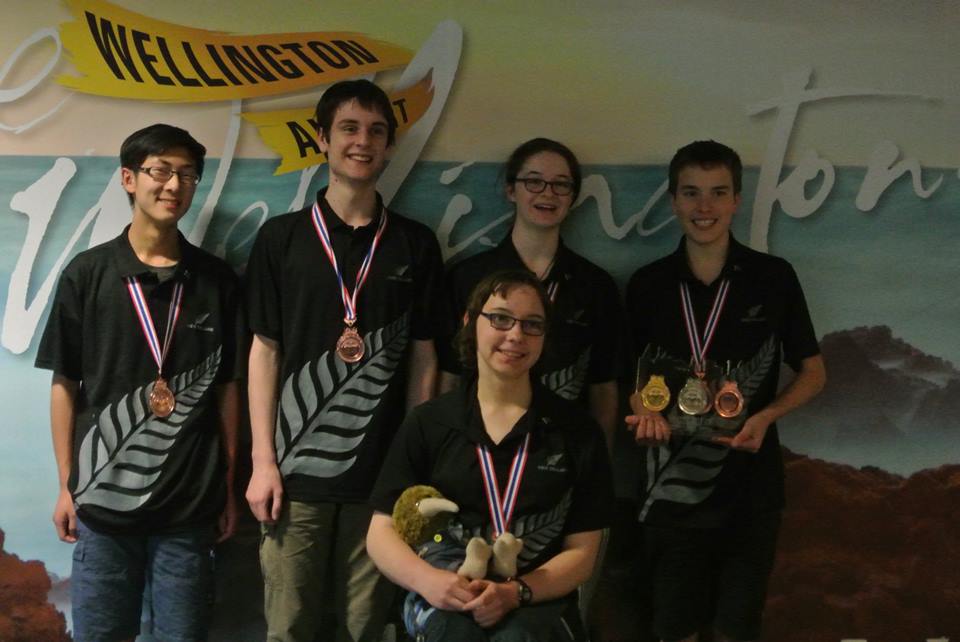